Baby free post today! Today it’s all about recognising Gaia for all the hard work she put into this challenge.

I originally planned for Gaia to marry the original Victim, Travis (Zeus’s dad, blast from the past!) After a bit of wasted time I realised they weren’t actually hitting it off that well and while they were happy to sleep with each other they didn’t actually seem to enjoy chatting to each other much. Fair enough. She was also just most happy when she was around her family so we decided not to worry about Travis anymore. She’d had enough flirting and men for a lifetime anyway.

I knew her final days were coming so I threw some big parties with the whole family where she got to speak to everyone. I actually got quite emotional.

Finally, the time came. She woke up and immediately collapsed. Grim appeared to take away her soul but Hades ran in and pleaded for her life! Grim relented and Gaia was brought back to life! I may not have been able to have Hades be the son of death but he lived up to his name eventually. 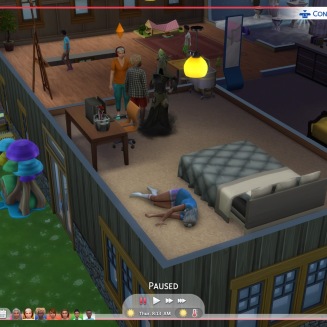 Gaia lived another 3 days and then took me on an emotional rollercoaster. I had just loaded up the game and the very first thing that happened was she collapsed in the living room and died. For good this time. I was a bit shocked, wasn’t expecting that first thing. I may have been a bit choked up, I had dedicated a lot of time to Gaia and I was really proud of her…

I spent some time making her a shrine. This of course now means that every time any of the moved out children come to visit their siblings they just stand in the living room in front of the urn and cry for 5 hours then go home. Whatever they need to do to come to terms with the death I guess.

Here are Gaia’s stats from the game. I’m very proud that her most prominent moodlet was Happiness, I thought for sure it was going to be Uncomfortable (though that was a close second at 556 times). She also wet herself a record 24 times and passed out 22 times… Ouch.

It was a quiet and sombre day in the Olympae household but then Hades got a text from Ghost Gaia saying she needed some ‘retail therapy’ and could they go to the flea market together. You know… As ghosts do… I guess she’ll be hanging around a bit.

Finally, Artemis aged up and I got to randomise her final personality trait. It is my honor to present to you the new Matriarch as an adult: Artemis! Active, wannabe chef, outdoors lover, and kleptomaniac. It could have been much worse. 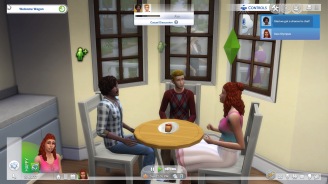 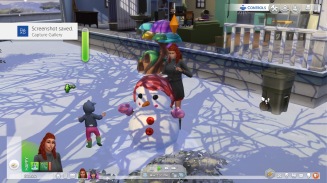 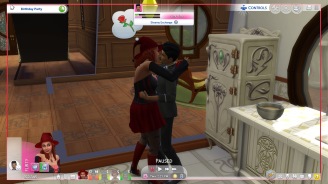 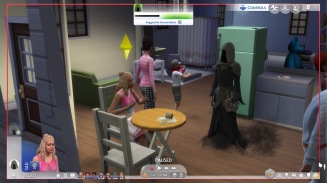 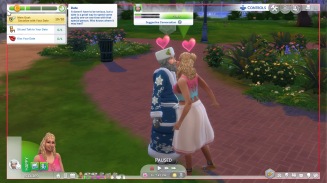