First of all I’ve been away for ages! Sorry! Things got hectic and then I went on holiday so… There’s my excuse. Back to regular blogging now.

While I was visiting my parents I decided to get a bit nostalgic and play God of War 2 on Playstation 2 (I don’t have all the old games at mine). With the new God of War game fresh in my mind, my eyes felt assaulted by the PS2 graphics. Just look at Kratos’ cheekbones!

As always with older games it took me a little while to get back to grips with the old controller and for my eyes to adjust to the pixels. But once I had got back into it I really started to enjoy myself. When I stopped to reflect I had a sudden, unexpected twang of sadness. God of War is never going to be like this again…

You may remember my sort of review of the new God of War game where my overall view is that it’s beautiful, wonderfully acted, written, executed, I love it, etc, etc but if you look under the gorgeous surface there are just a few tiny things wrong with it. Some of the things I love about the old God of War games have been brought over: the mythology, the creative enemies, the scenery… But as much as it pains me to say it, I just had so much more fun with the old ones. I had forgotten how fun being the anti-hero was; Kratos’s absolutely no bullshit, brutal attitude that would make some of the nastiest video game villains wince is just such a guilty pleasure. You literally punch the living daylights out of people, silently stroll up to chatty heroes that think they’re better than you and kick their asses straight to Hades’ realm, in the most creative ways, without a second thought. Oh hey, a dying soldier! Let’s help him die quicker by unceremoniously chucking him into these rotating gears that are blocking my path. Puzzle solved! It might make me sound a little bit like a homicidal maniac, but killing those soldiers by hitting them with their own dismembered arm is rather therapeutic (bonus points if you say “stop hitting yourself” as you do it). Of course, if I was ever confronted with such gore IRL I’d probably faint or throw up or something, but it’s wonderfully cathartic in the old God of Wars.

As I was fighting the first big boss (The Colossus) I was just in awe of what a good fight it is. There are so many different parts to the fight – you swing around different platforms, catapult yourself at it, run around inside it… Then when I fought Euryale the sumo wrestler gorgon, I was trying to avoid getting petrified, tearing her temple down around her, dodging around her tail as she tried to flatten me… Most of the boss battles in the old God of War games are really good, with each boss having different attacks to the last, and a new gimmick to get your head around. That was something that was really lacking in the new game (dodge the log, attack, repeat, roll eyes). I’d be surprised if it was even possible to die in the last fight. Once you looked past the impressive visuals of that scene it got a bit strung out and to be honest I’m genuinely curious if it’s even possible to die – so little damage is done to you and health stones are abundant. It was very strange.

The originals also include QTEs, usually to violently finish off the bosses or seperate the boss stages, but they aren’t a thing in the new one. Some people may not like QTEs, but I do. Would you rather just sit there and watch Kratos take down that dragon or do you want to be a part of it? Yeah, all you’re doing is pressing buttons in sequence, but at least you are still the one in control and not watching a cutscene where all the work is done for you. You can still get knocked off and killed as well if you fail, it’s not like there’s no challenge.

Another point in favour of the originals is that the puzzles are clever, confusing, and satisfying to finish. You can’t call the games a mindless hack and slash because you do have to use your brain. I can think of several puzzles from each of the old games that were all essential to progressing the plot, whereas in the new one I can’t think of any particularly big puzzles that you HAD to do. Most that I can think of were to get bonus items and stuff rather than the main story. Not to say that the puzzles in the originals are that difficult – you get them eventually, but most are enough to stump you at least for a little while. On top of that I always used to be in awe at the way everything always fit together, the levels were just so cleverly designed and the sheer sense of scale of them was insane. Again, not that the new one isn’t, just not in the same way. There’s no giant mechanical horses pulling an island or a giant, rotating labyrinth… 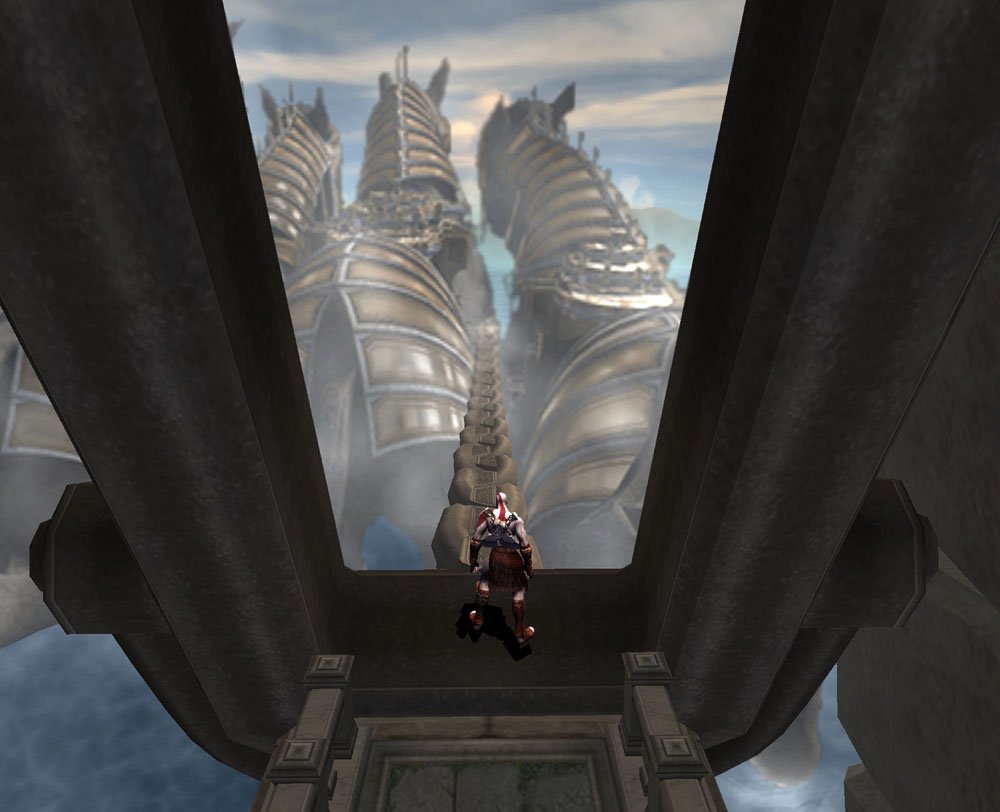 I eventually had to come to the conclusion that I can’t think of them as the same games. The new one has in-depth story, supporting characters and character development, crafting, tactics, monsters exploding into fireflies when they die, a Kratos (one might even say a hero) that actually cares… Almost opposing that, the originals have a super simple story line (Kratos wants revenge), super simple weapon upgrades, divine powers, gore and over-the-top violence, and a merciless anti-hero with too much power. Both are great, but different, games – they share a strong link in the story background, overall theme, and the main character, but that’s almost it really. 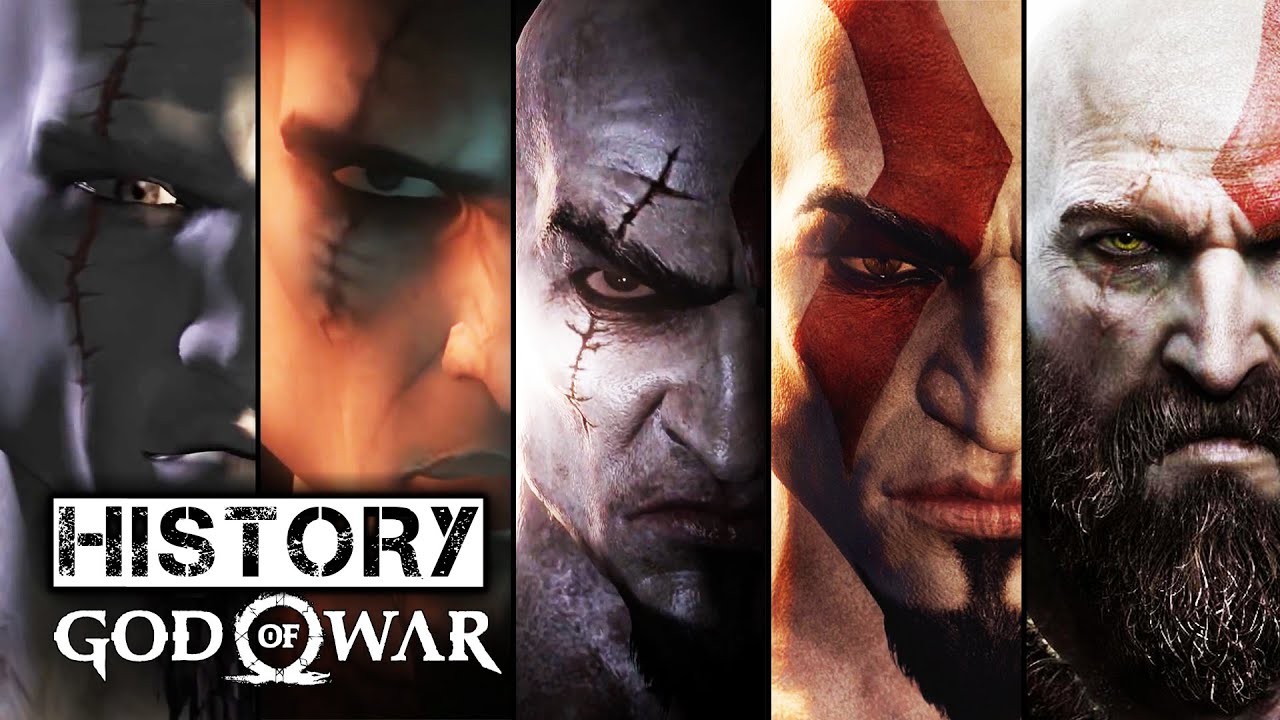 This meant that I had to come to terms with the fact that I’d probably never see a ‘traditional’ God of War game again… It was a sad realisation but I’m also glad that it was as well done as it was, unlike another of my favourite franchises…

I had a similar situation earlier in the year after I tried out the Neverwinter MMORPG. I used to love the Neverwinter Nights and Baldurs Gate games but the MMO seemed like a weird attempt at ‘modernising’ the franchise. It should have worked really because it has everything it needs to become an MMO, but it just wasn’t engaging. I have a feeling this is mostly due to it being free. There was that kind of tacky element of ‘spend this to get more stuff!’ and a noticeable lack of quality which contributed heavily to the lack of enjoyment of the game, but it also just didn’t feel like an adventure to me. It felt more like Fetch Quests: The Game (collect these crates, kill 30 bandits, find 40 brooches…) It was OK, but OK is not enough in my mind for the end of Neverwinter Nights/Baldurs Gate franchise. A ‘traditional’ NWN game hasn’t been out since 2006 (excluding expansion packs) and it’s rare for those sort of games to made anymore (Dragon Age: Inquisition or Pillars of Eternity are probably the closest I’ve seen recently) so my hopes of a new one have dwindled to a mere spark; not totally gone though. You never know!

Have any games you love been ‘modernised’ or ‘re-purposed’? How do you feel about playing the anti hero?