Every month I say I’ll participate in Later Levels’ Question of the Month, and every month I forget… Not this month! This month the question was set by the lovely Pix1001, a wonderful blogger with an eye for game related fashion.

Maybe it’s because I’m currently working up to the finale of my Nuzlocke challenge (yes, I haven’t forgotten it!) but Pokémon was the first thing that came to mind for this question. In all honesty, even I think that my answer is so sickly sweet that it made me throw up a little after I re-read it but I also didn’t want to change anything so… Enjoy!

If you could live in any video game settlement (ie a town, village, city, etc), where would you choose to live and why; and what role would you play in it?

Kanto has always been a wonderful place to live, it’s not dangerous but the fun you can have with Pokémon mean that there’s no end to adventure! Ever since Ash became the champion of the Elite Four there’s been a huge surge in Pokémon trainers here in Pallet Town. While the majority of them are good trainers, unfortunately there’s always some that treat their Pokémon poorly or just decide that the Trainer life isn’t for them, releasing Pokémon who have become accustomed to living in a Pokémon ball into the wild and expecting them to be fine. That’s where I come in.

I own a Rescue Centre on the outskirts of town that takes in these Pokémon, I take care of them and train them, once they are strong enough they have the option of leaving and making a new life for themselves in the wild, staying and helping around the Rescue, or being adopted. Many get attached to the Rescue so even if they choose to leave they’ll often come back to visit. Those that stay are given jobs. For example, there’s a few Squirtles who keep the lake full of fresh water for the Water Pokémon (mainly Magikarp), a Chansey who runs the clinic, several Glooms and Oddish that tend to the garden, and of course, due to Ash’s popularity we have an overabundance of Pikachus who generate natural electricity for us. There’s also the scouting team that come with me on my daily patrol to find abandoned Pokémon: Swellow, Mightyena, Ponyta, and of course my own Pokémon, Cubone.

As for the adopted Pokémon, Professor Oak recommends the centre to budding trainers or just those looking for a pet, both the trainers and Pokémon decide if they want to be a team. It makes for an instant connection as both parties are in agreement and their bond is a lot stronger than normal as a result.

As we all know, Magikarp are considered to be the worst Pokémon but they can become your finest team member once they evolve if you have the patience to level them. Unfortunately, a lot of trainers don’t and that is why Magikarp is the most frequently abandoned Pokémon. A particular case springs to mind here: One day my team and I were out on patrol when, from his high vantage point, Swellow spotted a large flock of Spearow attacking something, we ran to see what all the commotion was and found that they were trying to reach a badly injured Magikarp covered in peck marks who’d managed to flop into a log to protect herself. She must be one of the many Magikarp abandoned by thoughtless trainers that don’t think to leave their Pokémon in an appropriate environment, Water type Pokémon are the most vulnerable to this. Cubone and Mightyena ran to fend off the Spearows closest to the log while Ponyta ran around the area letting her fiery mane go wild. The Spearows, disgruntled by the smoke and sudden heat, flew off to find something else to torment. Cubone crawled into the log and pushed the Magikarp out and I poured some water from my bottle on her. We needed to get her to Chansey in the clinic ASAP so I soaked one of our emergency blankets in water and placed her inside, Swellow grabbed the four corners of the blanket and flew him back to the Rescue Centre as fast as he could. Chansey worked her magic and the Magikarp made a full recovery!

We introduced her to the lake and named her Maple, after the log we found her in. As we have so many Magikarp they have a class together everyday where we train them, our goal is to get them to learn tackle so that they can defend themselves, then they can leave or be adopted. Maple had a slow start (as most of them do) but eventually her splashes took more of an aggressive form and soon she was one of the best in the lake. A couple of weeks later we were visited by a young boy with his parents, they’d come to get him his first Pokémon. He was very keen to see the water Pokémon and I showed him the ones that were ready for adoption. Suddenly, it was showing off time at the lake. A Squirtle and Poliwhirl used Bubble to create lots of colourful, mesmerising bubbles floating through the air, a Goldeen did a backflip, the light catching its’ horn in mid leap, Horsea swam up to the edge and looked up at the boy with its’ adorable, cute eyes… Then Maple swam up to the family and looked at them gormlessly. They looked back, curious. Then Maple splashed them, soaking them. For a second there was silence and just as I started to apologise the boy squealed with laughter, jumped into the lake and splashed Maple back. Maple was delighted and they kept splashing each other and swimming around together. The family left with a very happy Magikarp that day. A couple of months later I received an update from them telling me that Maple had evolved, they enclosed a picture of their son learning to surf on waves Maple was creating with her tail, both looked like they were having great fun and underneath the picture they’d written “Best Friends!” 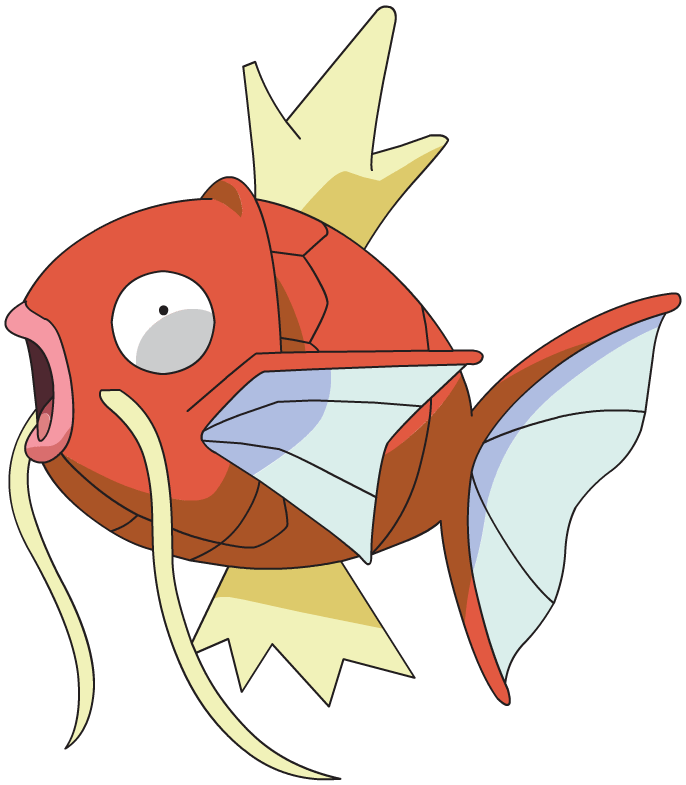 Seriously, if Pokémon Rescue was a game I would love it. You could start off with a small shelter and then the more Pokémon you help, the more areas open up (ex. you need 4 water Pokémon to open the lake, you need 2 Oddish to start a garden, if you want to decorate the garden with a rockery you need a rock type Pokémon to help…). Just on the off chance any Nintendo people are reading… Please???

5 thoughts on “Later Levels Question of the Month – May 2018. The Pokemon Rescue Centre”