I have spent a lot of time on this blog talking about games and the gaming world but I haven’t dedicated much of it to the characters within the games. Having grown up with games, playing them for as long as I can remember, it makes sense that the characters within them have had a lot of influence on me. I decided to make a list of the lessons I’ve learned from some of them!

You can be girly and kick ass all at the same time.

Pride of place as first on this list, and rightly so in my opinion: Princess Peach. I am very girly IRL and in the gaming world it’s rare to find a female character that is simply girly. Not girly in a sexy way, just girly. Peach ticks those boxes for sure. She has a big floaty princess dress (except when she’s on a motorbike but she still rocks the pink), blonde hair, girly voice, big earrings… Sure, first off Peach was the ultimate damsel in distress but game after game her character has grown, especially since her solo game and being a playable character in the multiplayer Mario games. I love running about in a princess dress and kicking ass. I can be badass even when I’m wearing a dress and some heels. It might sound trivial to some but it’s been a huge confidence boost for me. 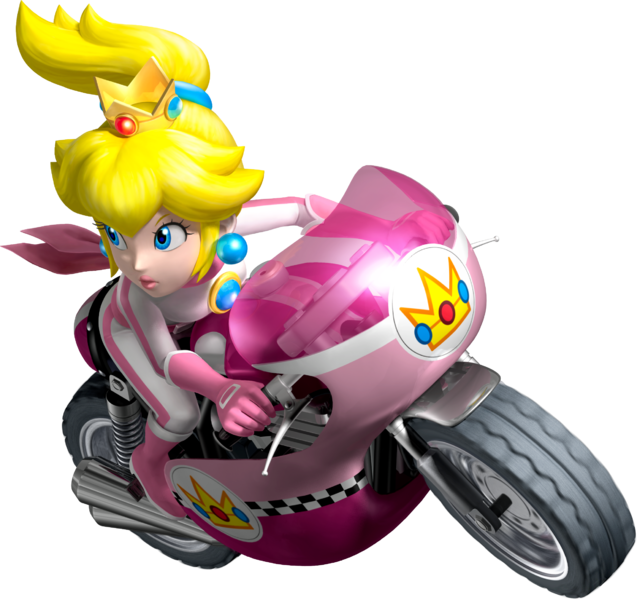 If you need a little more convincing have a look at this cool theory about Peach being a goddess. I don’t know if I believe it but some of the clips and facts they use make me like her even more.

I picked Mei out immediately the first time I played Overwatch and I’ve never looked back. She’s so cool (pun intended). I love her homemade frost gun, and robot companion Snowball. Her role in the team is so perfect for me; offensive enough for me to do a great deal of damage but supportive enough that I can absorb damage and protect other team members. Gameplay aside she is such a good character. She’s a Chinese scientist who is fighting to preserve the environment. How cool is that?! Plus, she doesn’t have the traditional ‘athletic model’ look that a lot of female game characters have, she looks like a real woman. Even if you don’t know anything about Overwatch I highly recommend that you watch her 10 minute story, it is so good. I’m not ashamed to say that I shed a few tears…

Link: The Legend of Zelda: The Wind Waker

You can do it!

He’s the definition of the strong and silent type but he’s also determined and brave. This was most prominent in Wind Waker to me. Before that came out I’d always seen Link as a sort of generic hero but in Wind Waker they worked on his facial expressions and reactions so much and it really brought him to life and showed the world that he’s not just a kid with a green pointy hat and a sword. When his sister gets taken he is so determined to get her he nearly falls off a cliff running after her, boards a pirate ship, infiltrates the Forbidden Fortress, finds a talking boat but stays kind of chill about it… He just doesn’t stop! Even when moving forward sees impossible (and sometimes it really does) he’ll find a way to get through, even if he has to collect the four things that do the thing so he can collect more things to do the bigger thing. He will do it. Sometimes a big, bad guy will come out and Link will momentarily take a step back and be like “woah, this guy…” then he’ll visibly steel himself and get on with it. Finally, God forbid you cross him in case he obliterates you with his sassy glare. 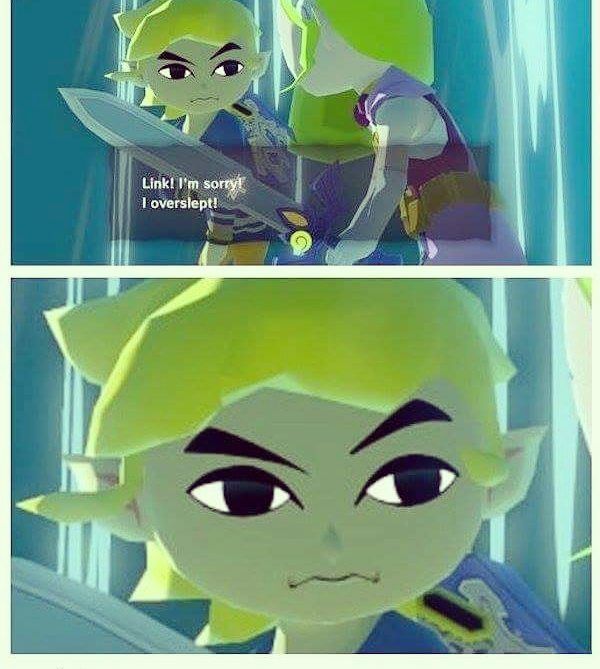 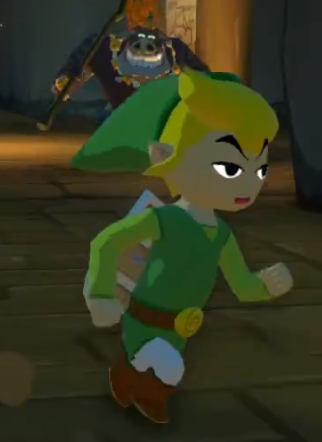 OK… So granted I have not played a wide range of Batman games but the times that I have I have always wanted more of Harley. I really wanted a chance to play as her in the Arkham collection and I honestly think that she should have her own game, she’d be a really fun main character. I like her acrobatic abilities mixed with her cartoonish weapons and, while her voice can grate a bit, she’s good fun and I find her story to be one of the most interesting in the DC universe. Unfortunately, a lot of this knowledge comes more from comic books than games as I think she is portrayed pretty badly for the most part. To be honest I could write a whole essay on Harley Quinn and how she deserves so much more… I made a good start with a post from way back. If you’re a Harley fan check it out and let me know what you think!

Don’t be a downer.

Honestly Vanille annoyed the shit out of me at first with her girly laugh, stupid running and just plain weird antler whip weapon, but her unrelenting positivity eventually made me grow to like her and she ended up being my main focus. She’s been through a lot but despite that she always tries to find the good in a bad situation, even when everyone else has lost hope. She sees the good in everything and is extremely empathetic, usually being the first to comfort others when they’re going through something. As someone that is terrible at comforting others I admire that about her. I also like her seemingly happy-go-lucky spirit, determination and constant attempts at cheering up Hope, despite him being one of the dullest characters to ever grace my screen, definitely the most forgettable XIII character. Just leave him to it and go get badass Vanille. 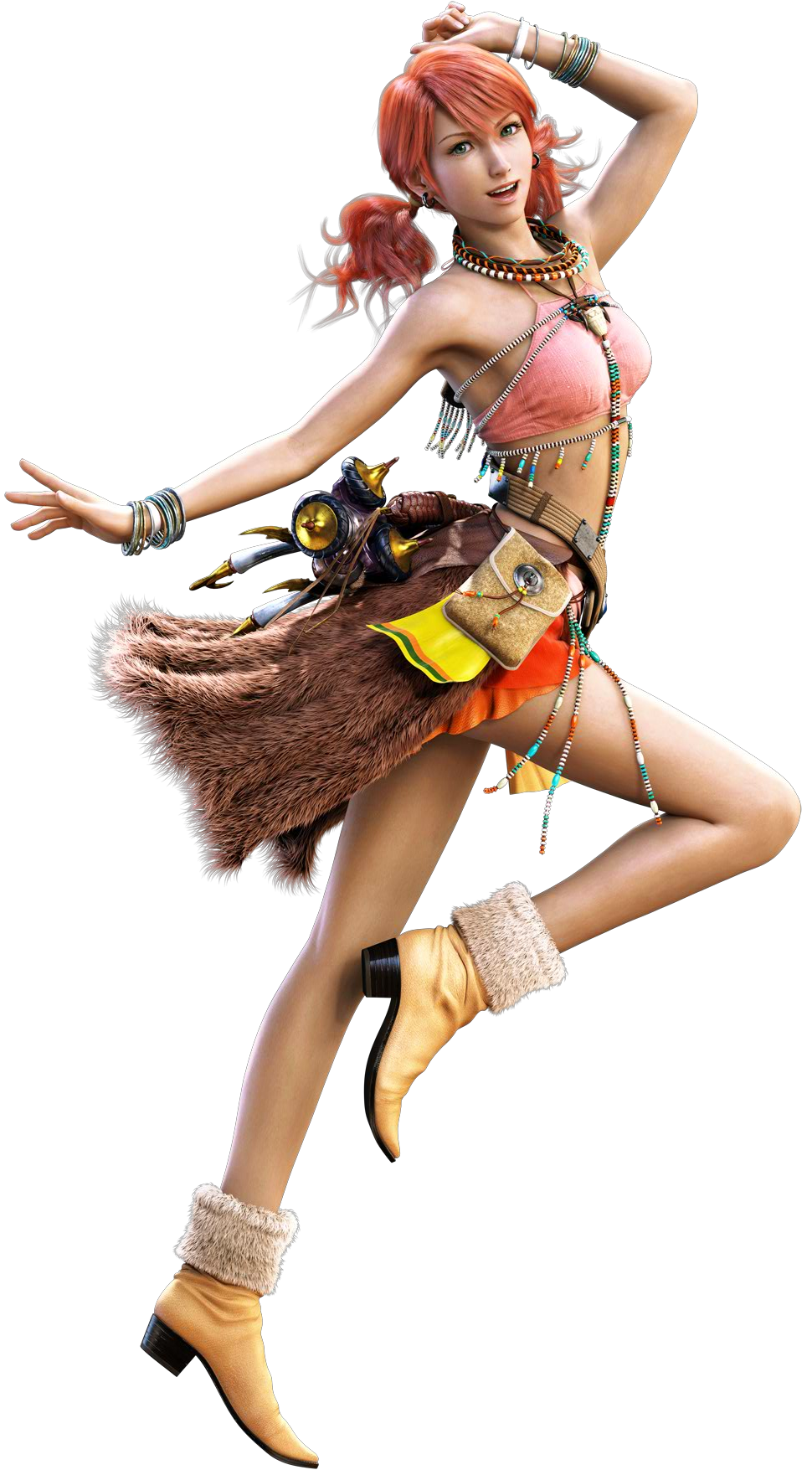 Get rid of all the bullshit in your life.

So killing literally everything is a slight exaggeration but that’s my take on it. I don’t put up with people any more if I don’t want to. I used to be very eager to please and wanted everyone to like me but I eventually came to terms with the fact that a) that’s not realistic, and b) I’m kind of weird and not everyone can get on board with that. Now if someone isn’t going to put in the time for me I am not going to put in the time for them and my life has been a lot better for it. 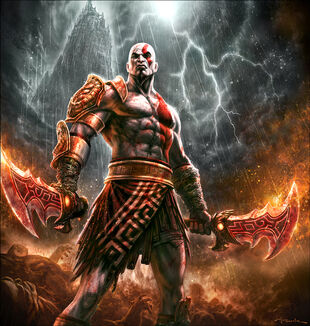 I mean… Your health is your ego and if real life was a game that would probably be the case as well. Mess something up at work? BOOM, 10 points off the ego. Someone is waving at you so you wave back then realise that they were waving at the person behind you? BOOM -5 points. You come home and your dog isn’t excited to see you? BOOM -100 points!!! It’s difficult to be confident all the time and I’m not particularly good at it in all honesty, but the days that I do feel super confident tend to be very good days.

So there you have it! Do you agree/disagree with any of these? Have you learned anything from a video game character?

26 thoughts on “Video Game Characters And What They Taught Me”